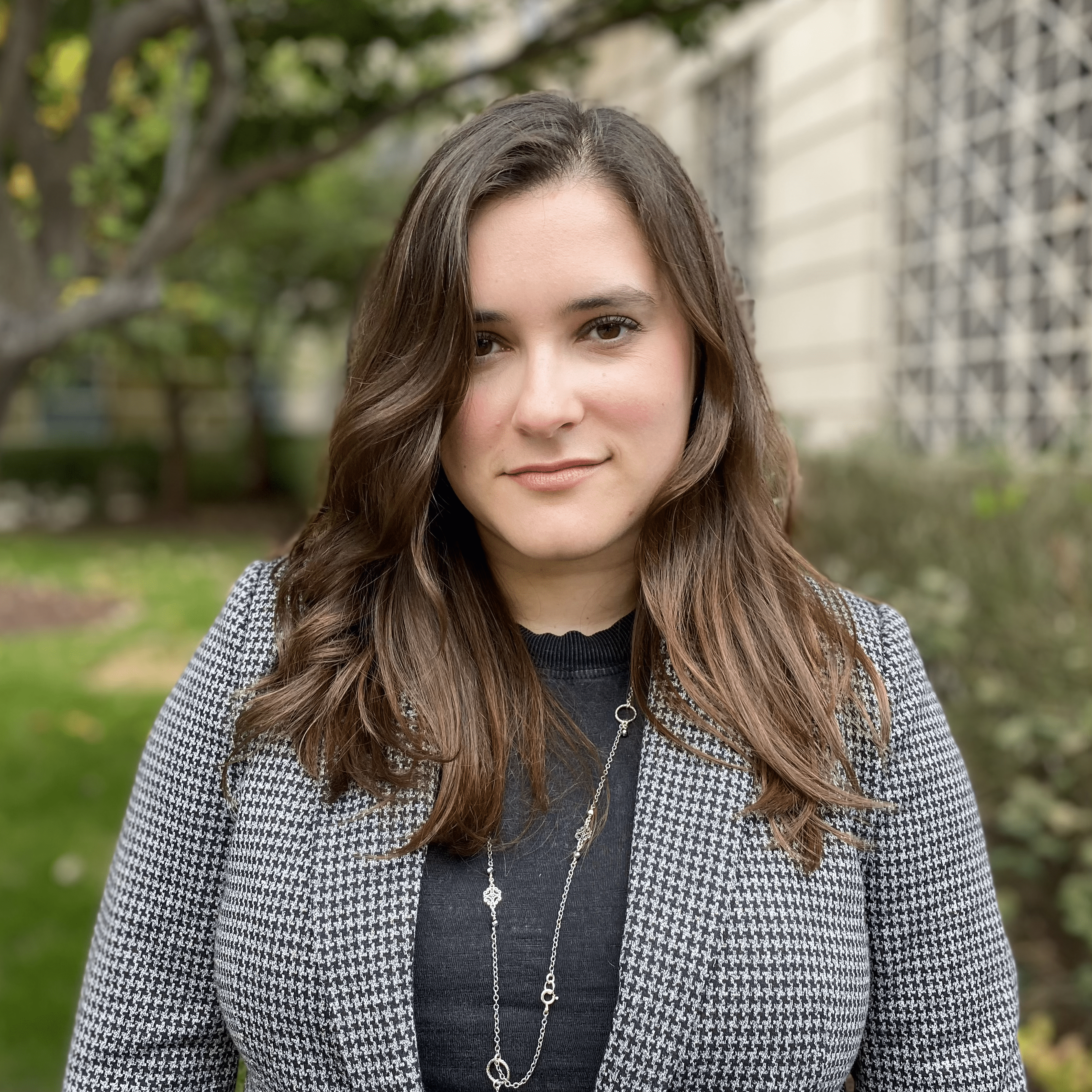 Emily S. Weinstein is a Research Fellow at Georgetown’s Center for Security and Emerging Technology (CSET), focused on U.S. national competitiveness in AI/ML technology and U.S.-China technology competition. She is also a Nonresident Fellow at the Atlantic Council’s Global China Hub and the National Bureau of Asian Research. In her previous role at CSET, Emily conducted research on China’s S&T ecosystem, talent flows, and technology transfer issues. Emily has previously testified before the U.S.-China Economic and Security Review Commission and the Wisconsin State Legislature’s Senate Committee on Universities and Technical Colleges. She has written on topics related to research security and China’s S&T developments in Foreign Policy, Lawfare, DefenseOne, and other outlets. Emily holds a BA in Asian Studies from the University of Michigan and an MA in Security Studies from Georgetown University.

CSET Research Fellow Emily Weinstein testified before the U.S.-China Economic and Security Review Commission at a hearing on "Challenges from Chinese Policy in 2022: Zero-COVID, Ukraine, and Pacific Diplomacy." Weinstein proposed the creation of a new export control regime.

In an opinion piece for Foreign Affairs, Research Fellow Emily Weinstein detailed how the unprecedented response to Russia’s invasion of Ukraine has altered the culture around export controls, and how this changed environment presents an opportunity for the United States and its allies to create a new export control regime among like-minded democracies.

In an opinion piece for Brooking's Tech Stream Research Analyst Emily Weinstein breaks down China's technological innovation strategy in its competition with the United States.

Fibs About Funding Aren’t Espionage, Even When China Is Involved

In an opinion piece for Foreign Policy, Research Analyst Emily Weinstein argues for the U.S. Department of Justice to clearly define its China Initiative mission.

CSET's Emily Weinstein and Ainikki Riikonen of the Center for a New American Security submitted this comment to the Office of Science and Technology Policy in response to a request for recommendations on securing U.S. government research and development against foreign government interference and exploitation.

In an opinion piece for Lawfare, Emily Weinstein and her coauthor Ainikki Riikonen argue that the U.S. Department of Justices' China Initiative is counterproductive to U.S. innovation and offer recommendations to improve research security.

The Strategic and Legal Implications of Biden’s New China Sanctions

How Should the U.S. Respond to China’s Military-Civil Fusion Strategy?

The National Defense Authorization Act requires the Department of Defense to disclose Chinese military companies operating in the United States. In her co-authored piece, CSET's Emily Weinstein analyzes section 1260H of the NDAA and future implications of U.S.-China relations.

Technology without Authoritarian Characteristics: An Assessment of the Taiwan Model of Combating COVID-19

CSET Research Analyst Emily Weinstein assesses Taiwan's use of technology to monitor COVID-19 amongst its citizens with respect to privacy.

China operates a number of party- and state-sponsored talent programs to recruit researchers -- Chinese citizens and non-citizens alike -- to bolster its strategic civilian and military goals. CSET has created a tracker to catalog publicly available information about these programs. This catalog is a work in progress; if you have further information on programs currently not included in it -- or if you spot an error -- please complete the form at http://bit.ly/ChineseTalent

China’s Use of AI in its COVID-19 Response

The current global pandemic has given China a chance to amplify its efforts to apply artificial intelligence across the public and private spheres. Chinese companies are developing and retooling AI systems for control and prevention. This data brief assesses the types of AI technologies used to fight COVID-19 and the key players involved in this industry.