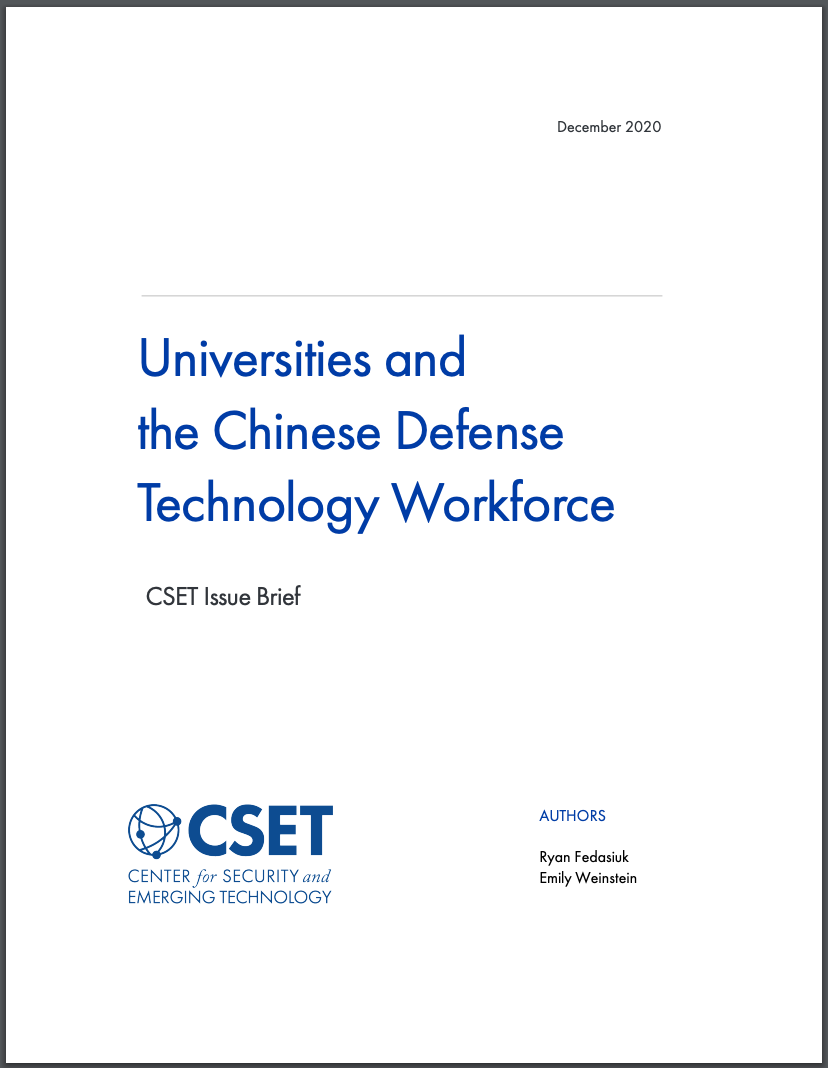 Since the mid-2010s, U.S. lawmakers have voiced a broad range of concerns about academic collaboration with the People’s Republic of China (PRC), but the most prominent have been about China’s strategy of military civil fusion (MCF). One concern holds that Chinese university students or graduates may come to the United States on exchange programs or for postgraduate education, then return and contribute to China’s military modernization. To address this concern, U.S. policymakers must first understand which forms of collaboration, and with which Chinese universities, pose the greatest risk to U.S. research security.

This report examines 2019 graduate employment data from 45 elite Chinese universities, in addition to Ministry of Education documents, which list collaborative training projects between private companies and Chinese universities. Key findings include the following:

Our findings confirm that the Seven Sons of National Defense are important feeders for China’s military and defense industry. However, it appears that the vast majority of civilian universities in China maintain at least some connection to the country’s defense industry.

Furthermore, despite the risks of collaborating with universities so closely tied to China’s defense industrial base, we find that several prominent U.S. technology companies have established close working relationships with the Seven Sons and other defense affiliated universities in China. Documents from the Chinese Ministry of Education indicate that the Seven Sons have benefited from training programs and partnerships with the China-based subsidiaries or joint ventures of Autodesk, Dell, Google, Honeywell, IBM, Intel, Merrill Lynch, Microsoft, National Instruments, Rockwell Automation, Synopsys, Tektronix, and Texas Instruments.