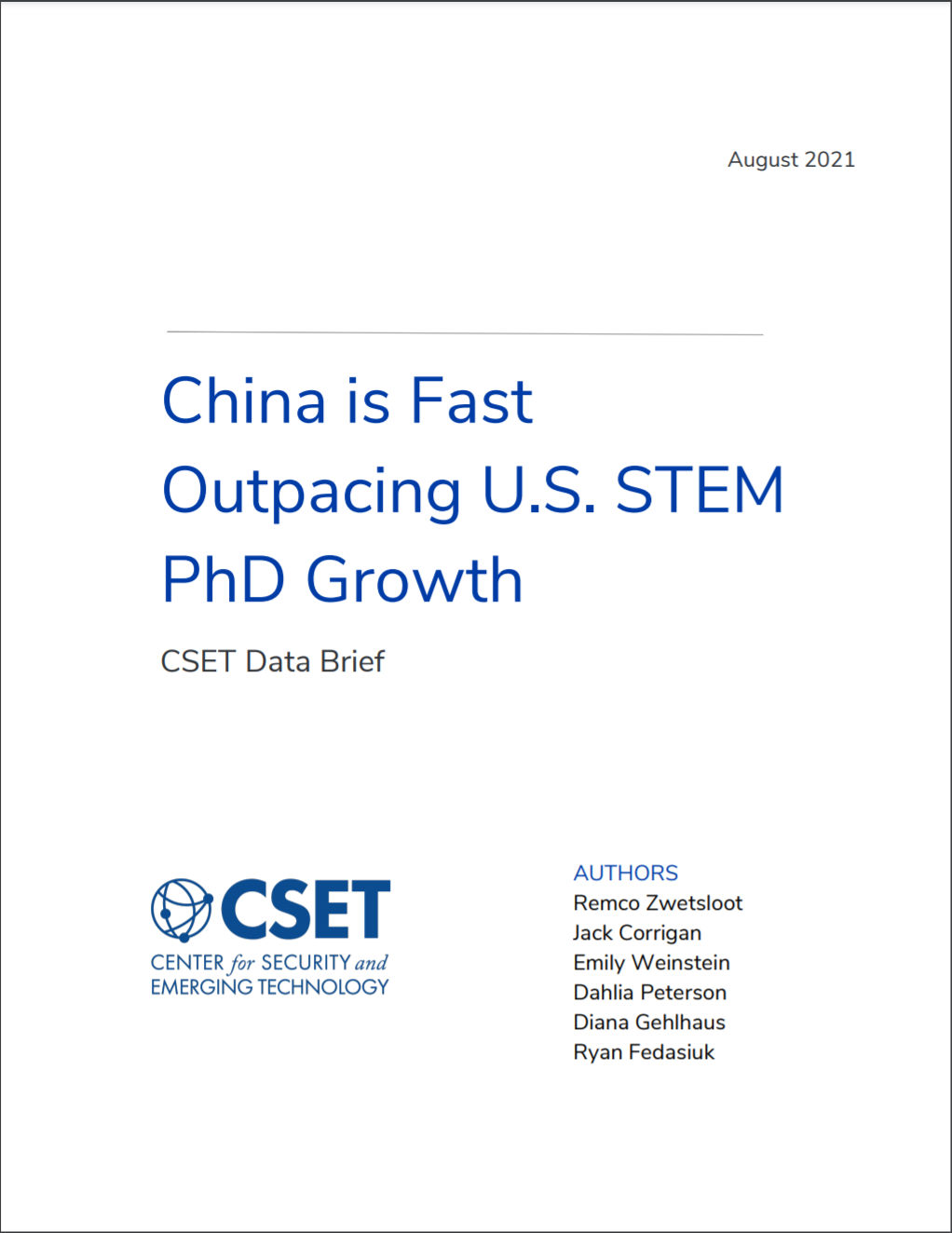 This paper compares the STEM PhD pipelines of the United States and China. We find that China has consistently produced more STEM doctorates than the United States since the mid-2000s, and that the gap between the two countries will likely grow wider in the next five years. Based on current enrollment patterns, we project that by 2025 Chinese universities will produce more than 77,000 STEM PhD graduates per year compared to approximately 40,000 in the United States. If international students are excluded from the U.S. count, Chinese STEM PhD graduates would outnumber their U.S. counterparts more than three-to-one.

Our findings also suggest the quality of doctoral education in China has risen in recent years, and that much of China’s current PhD growth comes from high-quality universities. Approximately 45 percent of Chinese PhDs graduate from Double First Class (A) universities—the country’s most elite educational institutions (see Appendix D)—and about 80 percent of graduates come from universities administered by the central government. While it is possible that the growing supply of STEM PhDs in China exceeds current labor market demand, the quality and quantity of a country’s doctoral graduates is an important indicator of its future competitiveness, and China’s capacity to produce skilled PhD-level STEM experts appears to be growing rapidly.

Our analysis focuses on students who obtained a research-oriented doctoral degree in STEM disciplines. For the United States, this includes data on seven academic fields: life sciences, geosciences, mathematics and statistics, computer science, physical sciences, engineering, and medical sciences. For China, we include four academic fields tracked by its Ministry of Education: science, engineering, agriculture, and medicine. Historical trends and predictions can vary depending on the exact field categorization (e.g., whether the social sciences and/or the health sciences are included in graduate counts), but in all cases, Chinese PhD graduates are expected to clearly outnumber U.S. graduates by 2025.