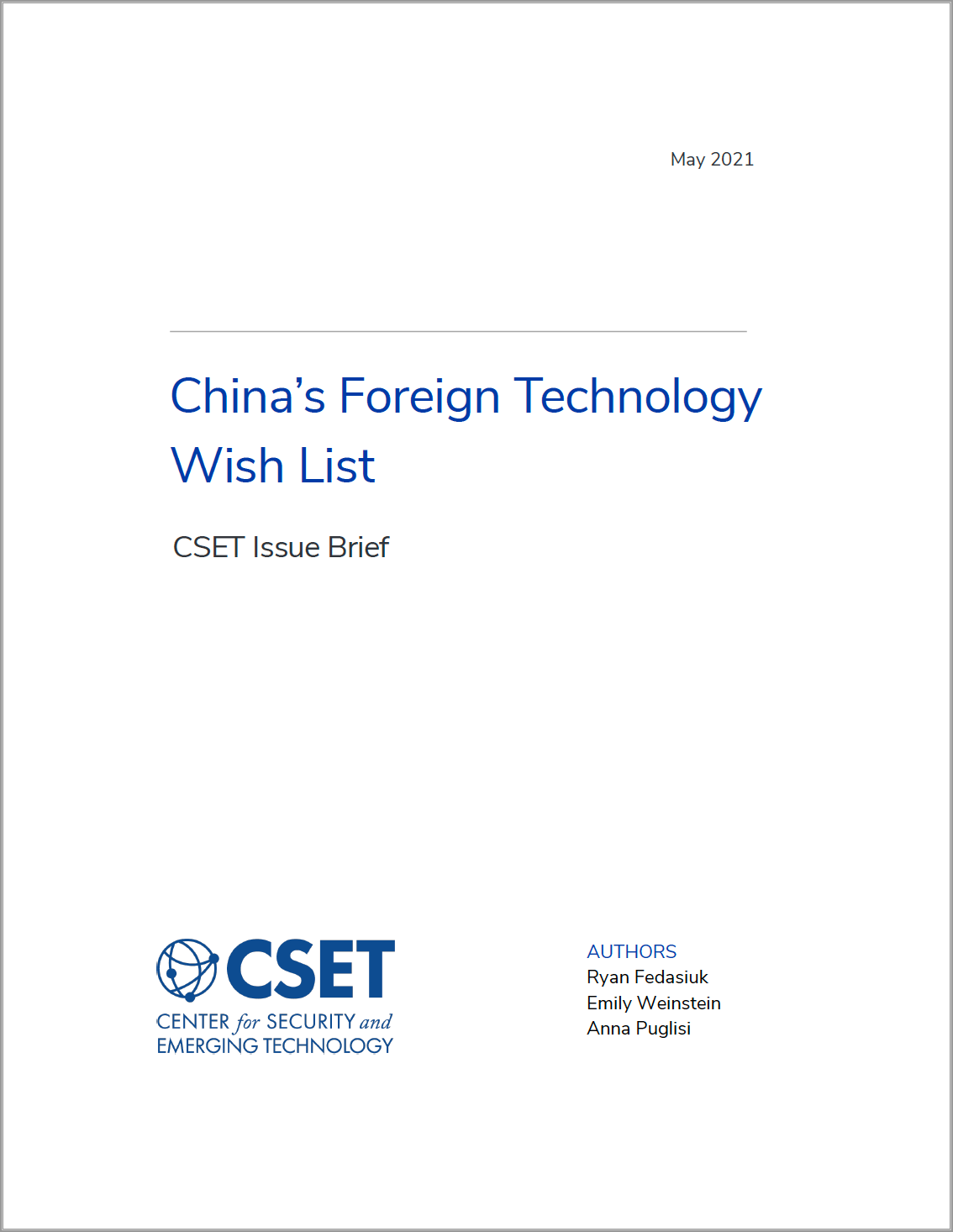 Within the People’s Republic of China’s broader strategy to acquire foreign technology, “science and technology diplomats” (科技外交 官) act as brokers. Stationed in PRC embassies and consulates across 52 countries, S&T diplomats monitor host country technological breakthroughs, identify investment opportunities for Chinese firms, and serve as the overseas arm of the International Cooperation Department of China’s Ministry of Science and Technology (MOST).

S&T diplomats occupy a unique role in China’s technology acquisition strategy, forming a bridge between foreign and domestic entities. At home, MOST personnel interface with Chinese firms and track the scientific bottlenecks holding back China’s development. Abroad, they coordinate with overseas scientists, professional associations, diaspora guilds, and elements of the United Front Work Department in the countries where they are stationed, to identify opportunities where Chinese firms can grow relationships and invest. In short, S&T diplomats form the outward-facing portion of China’s broader technology transfer ecosystem, and monitor scientific breakthroughs, technology enterprises, and other forms of innovation that may be of interest to the Chinese government.

By drawing on the resources and infrastructure of the state, ostensibly private Chinese companies can more easily gain access to technologies abroad. MOST’s international outreach efforts have helped Chinese companies sign investment, licensing, and production agreements with foreign tech companies; hire foreign research and development (R&D) personnel to work in China; and identify cutting-edge research among academia and government laboratories. These accomplishments, in turn, contribute to the PRC’s “going out” strategy and goals set forth in state policies including Made in China 2025.

We arrive at this conclusion by examining 642 “international technological cooperation opportunities” (国际技术合作机会) identified by China’s S&T diplomats from 2015 to 2020. Filed by PRC embassy and consulate staff, these reports reflect the Chinese government’s assessments of more than 300 foreign companies, universities, research institutions, and individuals who are pioneering technology products in a variety of fields—and how likely they would be to partner with Chinese firms, share intellectual property (IP), or establish joint ventures in China. We offer the following observations about the methods by which S&T diplomats seek technology, the content of the projects that interest them, and the locations and success of their technology acquisition efforts: