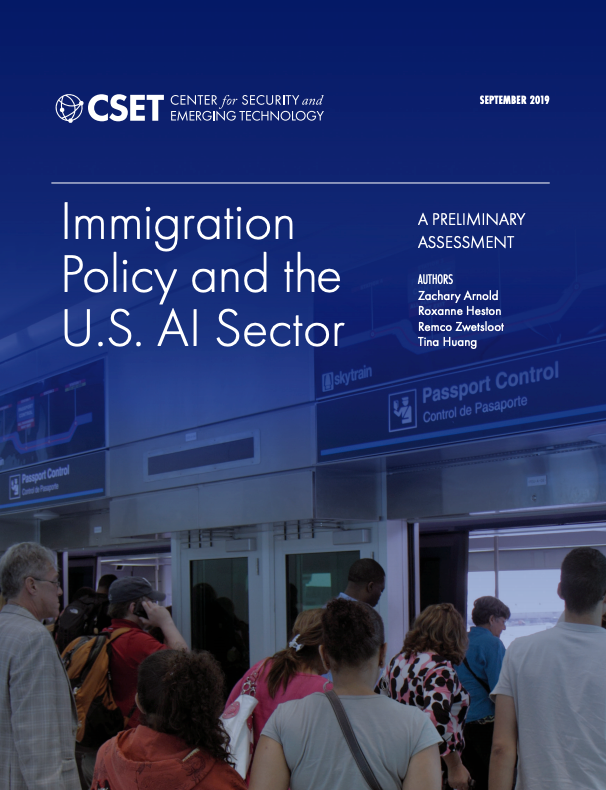 Artificial intelligence is no exception. Foreign-born talent fuels the U.S. AI sector at every level, from student researchers in academic labs to foreign and naturalized workers in leading companies. Rather than displacing domestic workers, immigrants and visitors fill a critical AI talent gap in the United States – one that is likely to persist and possibly grow over time, even with the most ambitious domestic workforce development efforts. They lead many of America’s top AI companies, contribute groundbreaking original research in AI disciplines, and handle much of the essential, ongoing work to deploy and manage AI throughout the public and private sectors.

To maintain America’s AI advantage in an increasingly competitive global market for talent, U.S. employers need an efficient, accessible immigration system that allows them to recruit and retain the world’s best and brightest. And those best and brightest, the great majority of whom want to come to the United States permanently, need a clear and realistic path toward long-term legal status.

Unfortunately, the current U.S. immigration system is not up to the challenge. This preliminary paper describes that system as it relates to AI talent, identifies features of the system that are doing the most harm to America’s AI advantage, and proposes reforms. Drawing on agency data and background discussions with AI and immigration stakeholders, the authors find:

To address these issues, policymakers should:

This paper has four parts. First, it discusses the central role of foreign talent in the U.S. AI sector. Second, it describes key pathways in current immigration law for noncitizens to come to the United States to study or work in artificial intelligence. Third, it proposes policy actions to address the most significant immigration-related problems facing the U.S. AI sector. Fourth, it briefly discusses CSET’s future research agenda.