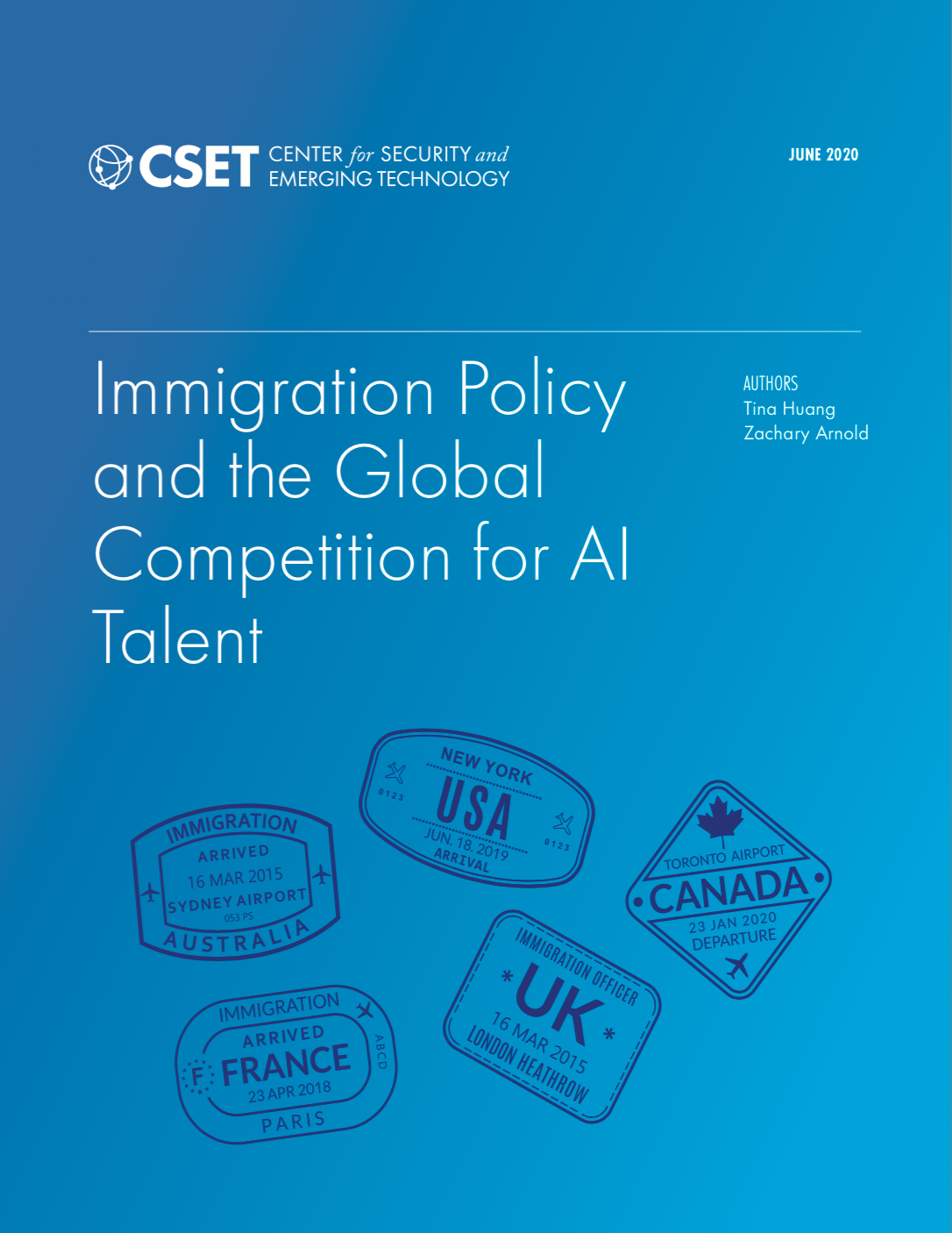 Immigrants play a key role in sharpening America’s technological edge.1 In recent years, the demand for artificial intelligence talent has greatly exceeded domestic supply, leading to a large share of foreign-born AI students, workers and entrepreneurs in the United States.2 Although important, efforts to increase the domestic AI workforce are insufficient to fill the immediate demand for AI talent. At the same time, other countries are developing their own capabilities and institutions in AI and aggressively recruiting AI talent through new immigration policies.3 In this competitive environment, current U.S. immigration policies, many of which date back decades, may work against the country’s historic strength in attracting and retaining international talent.

Although various factors shape any country’s AI competitiveness, this paper will focus solely on immigration policies relevant to AI talent in the United States and four sample economic competitor nations: the United Kingdom, Canada, France, and Australia. These countries were selected for their unique policies on attracting international talent in AI and other tech fields. The United States may be able to evaluate lessons learned from these countries to inform domestic policy. On the other hand, if the United States fails to adapt to an increasingly competitive global technology talent landscape, other countries may begin to draw AI talent away from American schools and employers.

This paper analyzes policies relevant to four categories of immigrants: students in AI-related fields of study, workers in AI-related industries, distinguished AI workers (that is, individuals internationally renowned for their achievements in AI), and AI entrepreneurs. These groups represent the range of backgrounds and experience levels that nations need to compete in AI. We explore trends that, taken together, may be making the U.S. immigration system less attractive to these groups relative to other countries’ systems:

The United States historically and presently benefits from a strong baseline of technological innovation through existing institutions. Immigration trends alone are unlikely to eliminate the U.S. advantage in the near term. However, the global landscape is shifting, and restrictive immigration policies threaten to undermine U.S. AI progress in the long term. To ensure America remains competitive for AI talent in the coming years, U.S. policymakers should consider reforms to current immigration statutes, regulations, and agency guidance. Other countries’ immigration reforms suggest three main lessons: