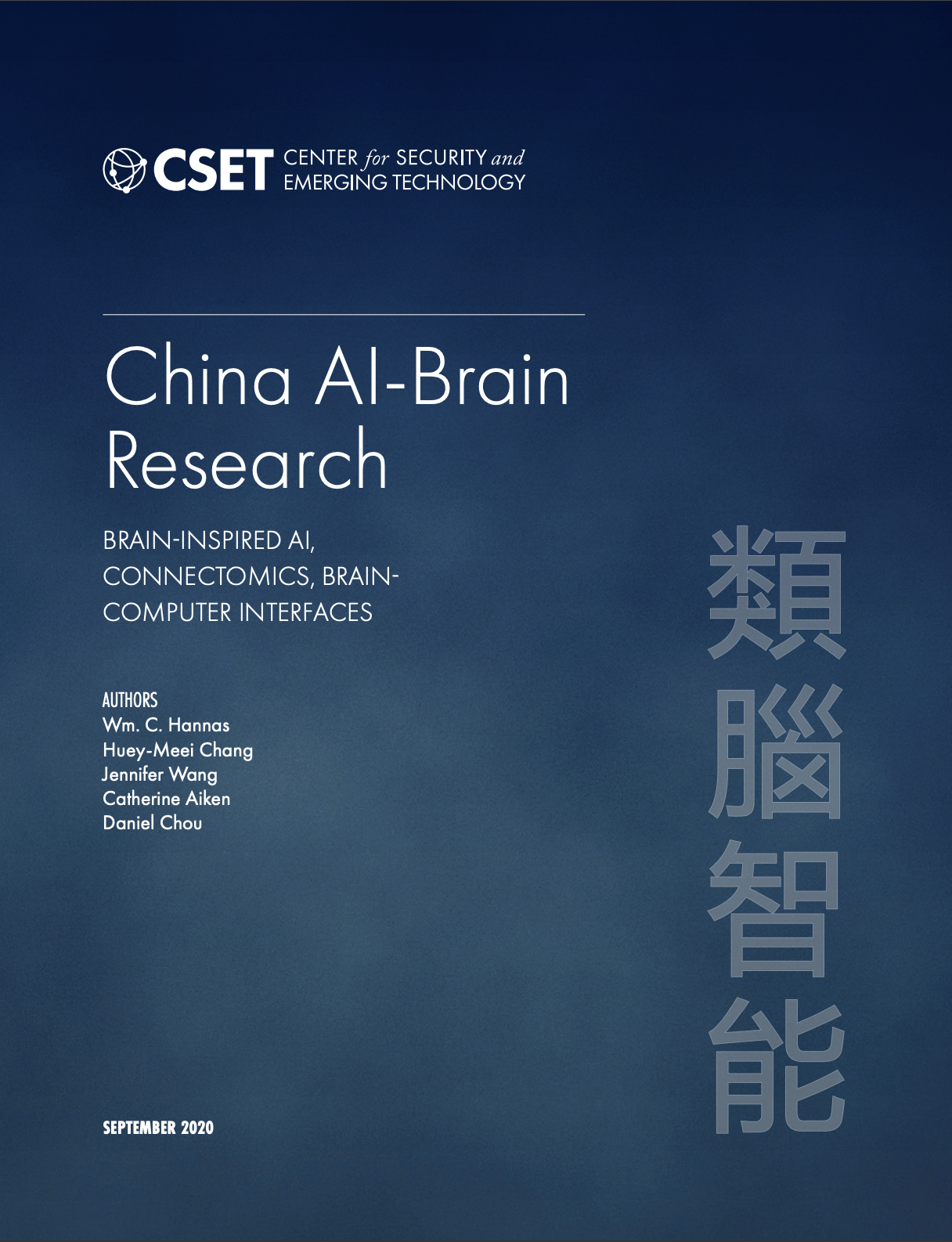 Since 2016, China has engaged in a nationwide effort to “merge” artificial and human intelligence as a major part of its next-generation AI development program. The effort is not unique to China, although China enjoys natural advantages that may expedite its success.

The term “merge” is meant both figuratively, in the sense of creating a more human-friendly AI, for example, to support human decision making, and literally, in the sense of erasing distinctions between how AI and the brain operate, and how the two forms of intelligence interact.

U.S. ability to monitor China’s AI and other high-tech development is hampered by the lack of a national scientific and technical intelligence organization.

A review of China’s statutory proclamations, enabling infrastructure, main practitioners, and scientific literature indicates the initiative is genuine and that China is pursuing the benchmark challenges characteristic of AI-brain research worldwide. China’s advantages in this area are national commitment, the world’s largest supply of laboratory grade non-human primates, a more permissive experimental ethos, fewer privacy concerns on data collection and use, and an unrivaled ability to absorb and apply foreign technical advances.

Some Chinese scientists involved in this initiative believe artificial general intelligence (AGI) may someday issue from this research, but we find no indication in the materials examined that any such “breakthrough” is imminent.

Chinese scientists agree almost unanimously that international structures and agreements are needed to ensure the safety of next-generation AI, whatever forms it may take. Identifying those scientists able to lead such initiatives in China should be a U.S. priority.

U.S. ability to monitor China’s AI and other high-tech development is hampered by the lack of a national STI (scientific and technical intelligence) organization. Current efforts are fragmentary, uncoordinated, ephemeral, and give the false assurance that a non-existent capability exists.

We recommend creating within the U.S. government—possibly outside its intelligence community—a centralized body of open source specialists to monitor China’s AI development and foreign acquisitions, and other potentially risky technologies, on the theme of “trust, but verify.”