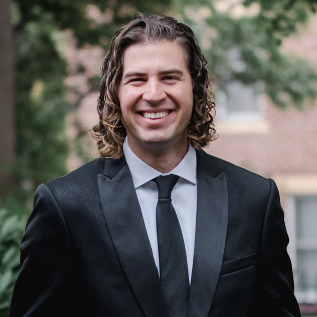 Dakota Cary is a Research Analyst at Georgetown’s Center for Security and Emerging Technology (CSET), where he works on the CyberAI Project. Dakota focuses his research on China’s efforts to develop its hacking capabilities. His reports examine AI and cybersecurity research at Chinese universities, PLA efforts to automate software vulnerability discovery, and new policies to improve China’s cybersecurity talent pipeline. He holds an MA from Georgetown’s Security Studies program with a concentration in technology and national security, and also completed a certificate in Asian Studies. Prior to beginning his master’s program, Dakota worked in North Carolina politics.

China’s next generation of hackers won’t be criminals. That’s a problem.

CSET submitted this comment to the Office of Science and Technology Policy and the National Science Foundation to support the work of the National Artificial Intelligence Research Resource (NAIRR) Task Force to develop an implementation roadmap that would provide AI researchers and students across scientific disciplines access to computational resources, high-quality data, educational tools, and user support.

Software vulnerability discovery, patching, and exploitation—collectively known as the vulnerability lifecycle—is time consuming and labor intensive. Automating the process could significantly improve software security and offensive hacking. The Defense Advanced Research Projects Agency’s Cyber Grand Challenge supported teams of researchers from 2014 to 2016 that worked to create these tools. China took notice. In 2017, China hosted its first Robot Hacking Game, seeking to automate the software vulnerability lifecycle. Since then, China has hosted seven such competitions and the People’s Liberation Army has increased its role in hosting the games.

To what extent does China’s cultivation of talent in cybersecurity and AI matter in terms of competitiveness with other countries? Right now, it seems to have an edge: China’s 11 World-Class Cybersecurity Schools offer more classes on artificial intelligence and machine learning than do the 20 U.S. universities certified as Centers of Academic Excellence in Cyber Operations. This policy brief recommends tracking 13 research grants from the National Science Foundation that attempt to integrate AI into cybersecurity curricula.

CSET's Dakota Cary describes China's plans to becomes a "cyber powerhouse" through the creation of its National Cybersecurity Center.

In an opinion piece for the Hill, CSET's Dakota Cary explains how China's new rules on software vulnerabilities threaten cybersecurity.

Six Chinese universities have relationships with Advanced Persistent Threat (APT) hacking teams. Their activities range from recruitment to running cyber operations. These partnerships, themselves a case study in military-civil fusion, allow state-sponsored hackers to quickly move research from the lab to the field. This report examines these universities’ relationships with known APTs and analyzes the schools’ AI/ML research that may translate to future operational capabilities.

Machine learning may provide cyber attackers with the means to execute more effective and more destructive attacks against industrial control systems. As new ML tools are developed, CSET discusses the ways in which attackers may deploy these tools and the most effective avenues for industrial system defenders to respond.