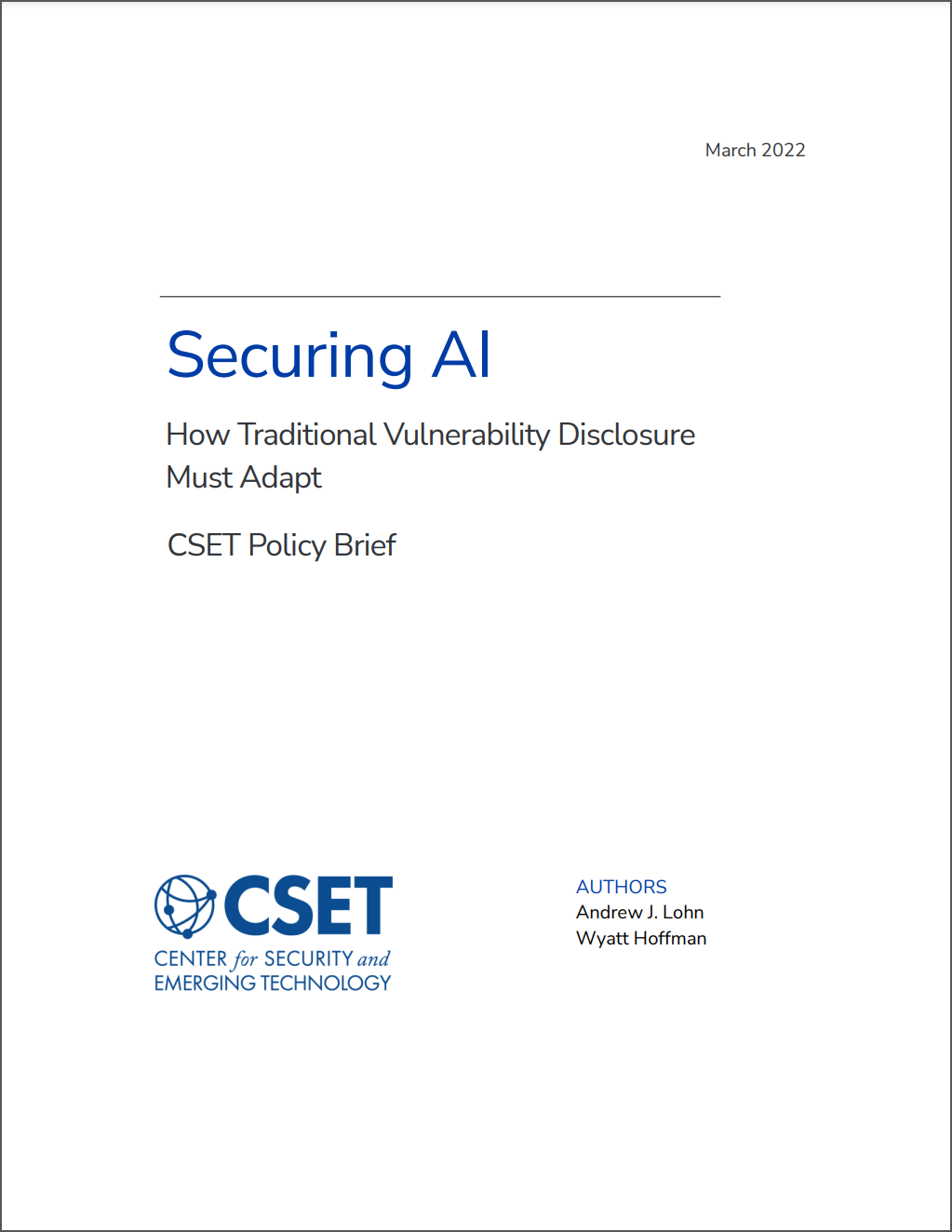 How Traditional Vulnerability Disclosure Must Adapt

ML models are shaped by data rather than the logic of a programmer, so ML vulnerabilities are often harder to identify precisely, but they can be easy to exploit. Some attacks on ML include altering inputs to cause an otherwise properly performing system to err, tampering with the underlying ML model or its training data, stealing the ML model or training data, and exploiting bugs in the ML software that grant access to the computers running it.1

These differences lead to several conclusions for vulnerability discoverers, authors of disclosure guidance, and the ML security community writ large: