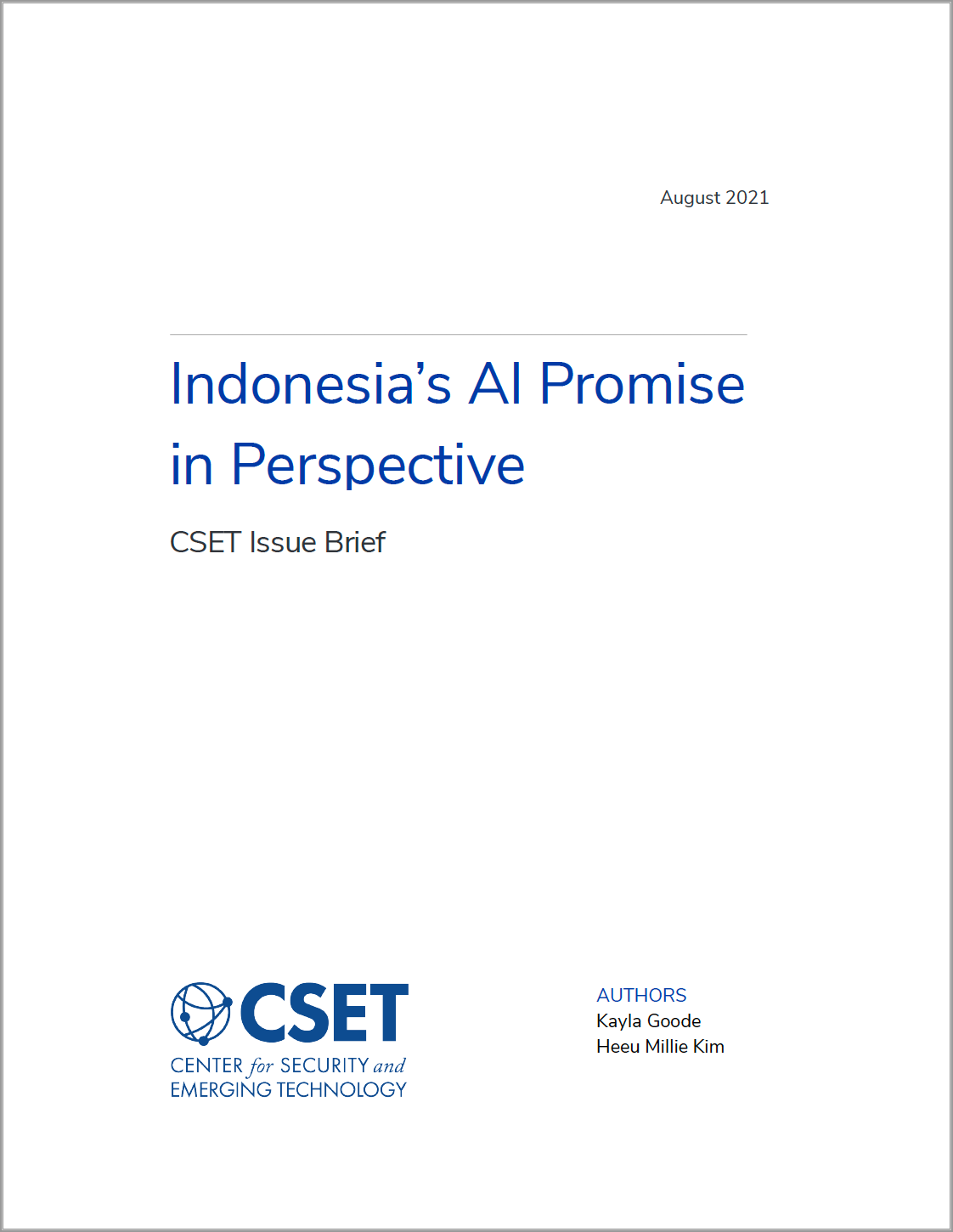 Indonesia is at a crossroads. Although it is the largest Southeast Asian nation by population, geography, and gross domestic product, Indonesia has historically maintained a comparatively low international profile. Yet its booming e-commerce market, rapidly growing internet user base, and proliferation of artificial intelligence (AI) companies have placed the country at an important juncture in more ways than one. Stretching between the Pacific and Indian Oceans, bridging continental Asia and Australia, the Indonesian archipelago already sits on one of the largest corridors of international trade. Moreover, President Joko Widodo, also known as Jokowi, is attempting to balance an influx of investments and development opportunities, especially from China, with domestic politics historically steeped in protectionism, anti-colonialist impulses, and anti-Chinese public sentiment. On the international stage, Indonesia eschews “megaphone diplomacy” to avoid provoking a rivalry between the United States and China, as both are seen as strategic partners.

This report assesses the promise and shortcomings of Indonesia’s AI sector. With a high rate of AI adoption in the region, Indonesia is dubbed the “digital archipelago.” Its AI startups and AI-enabled ecommerce companies have flourished, but there are barriers to their continued success. Indonesia lags behind its peers in internet infrastructure, and needs to invest in education and its workforce to meet AI talent demands. Critical sectors of the economy have been hit by cyberattacks at higher rates than its neighbors, indicating a need for more robust cybersecurity measures.

Both the United States and China are investing heavily in Indonesia’s commercial AI sector and helping the country address its challenges in infrastructure, talent, and cybersecurity. China views Indonesia as an anchor for its economic, digital, and political inroads in Southeast Asia. Through government and company-led initiatives, China has been bolstering educational partnerships, investing in AI startups, and advancing cybersecurity cooperation with Indonesia. In contrast, the United States has largely taken a private sector-led approach to invest in Indonesia’s AI capabilities. Despite robust political and economic relations rooted in public diplomacy and shared democratic ideals, the United States has relied on existing educational exchanges and venture capital-driven investments to tap into Indonesia’s AI potential. However, the United States has an opportunity to forge new high-level agreements to leverage its comparative advantages in AI talent, research, and development.

The enduring competition between China and the United States on the technological front will inevitably impact the development of Indonesia’s AI sector. Indonesia might be able to navigate these competing interventions with a “free and active” foreign policy that equally balances U.S. and Chinese interests for its own gain. Failing that, Indonesia might instead be subject to Beijing’s own plans for AI supremacy. The United States should not risk such an outcome, particularly when it concerns a key player in Southeast Asia that is on an AI journey full of untapped potential.