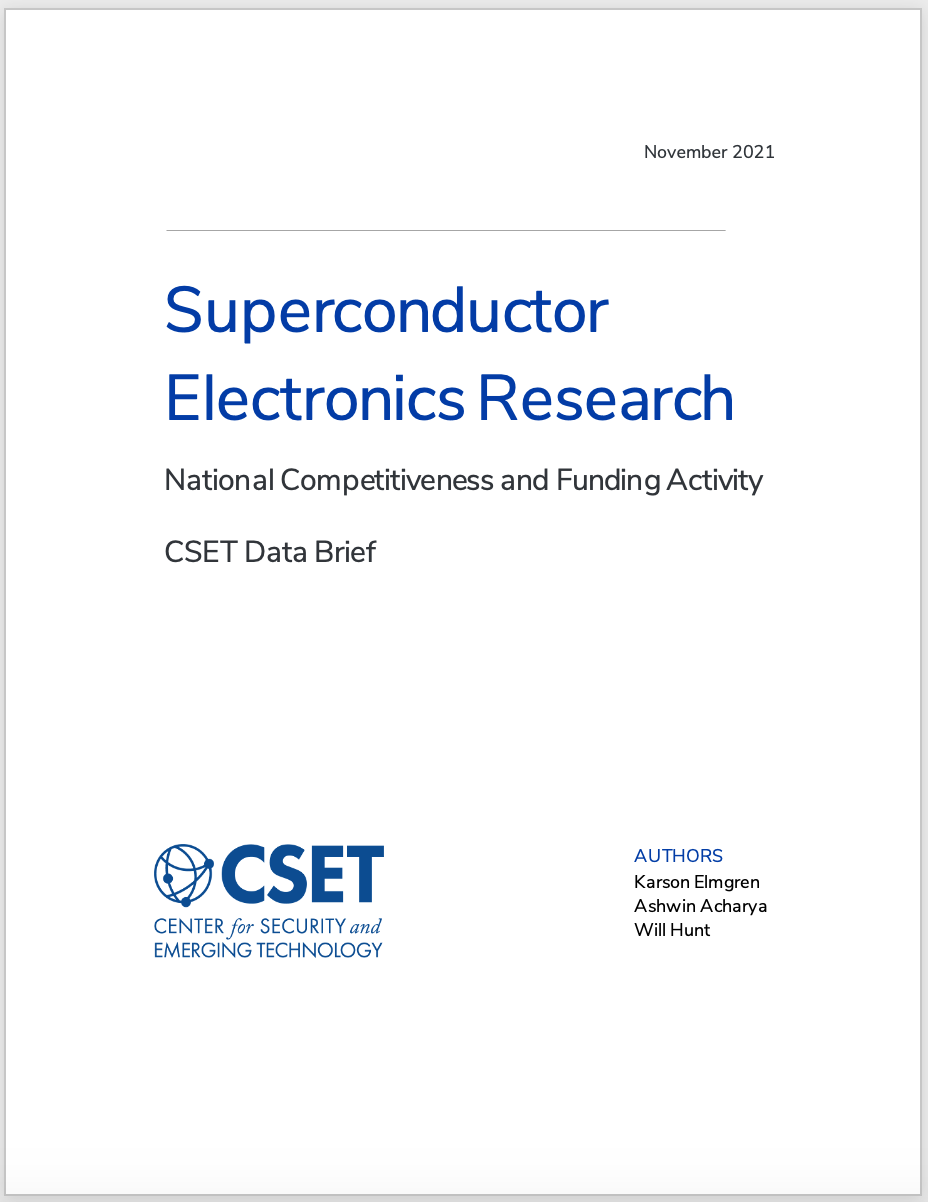 Superconductor electronics (SCE) research could advance a range of commercial and defense priorities, with potential applications for supercomputing, artificial intelligence, sensors, signal processing, and quantum computing.1 Unlike traditional semiconductor materials, superconductors have zero electrical resistance. This allows processors to move bits without any dissipation of energy, resulting in much lower energy consumption than standard electronics. For now, many technical hurdles remain before SCE achieves commercial viability, and the field as a whole remains relatively small, with around 100 papers published globally per year. But several countries, particularly the United States and Japan, have recognized the promise of superconductor electronics and have funded research in this space for many years (see Table 1 later in this brief).

This brief identifies the countries most actively contributing to superconductor electronics research and assesses their relative competitiveness in terms of both research output and funding. To do so, it leverages CSET’s Map of Science, a database that has grouped most of the world’s publicly available academic publications into clusters based on citations. After identifying the research clusters most closely associated with SCE-related research, the brief offers country-by-country breakdowns of research productivity and funding data across the two primary SCE-related clusters. Details of this methodology can be found in the next section.

These results suggest that government investments in SCE-related research and other emerging hardware paradigms will be an important lever for ensuring the continued competitiveness of the United States and its allies. This is important because skepticism about the U.S. government’s ability to promote domestic microelectronics innovation has had negative consequences for American competitiveness in the semiconductor industry in the past.3 The results also suggest that while the United States and its allies are currently well-positioned to lead in SCE-related research and subsequent commercialization, this could change quickly if China continues to ramp up investment in SCE.

Of course, success in basic research may not equate to subsequent commercial success. If SCE displaces traditional semiconductor technologies for some applications, this could send ripples throughout hardware supply chains, perhaps eroding the dominance of the United States and its allies in the current supply chain.4 Nevertheless, this brief suggests that allied cooperation and sustained government funding may influence when and where superconducting electronics and other emerging hardware paradigms are developed.