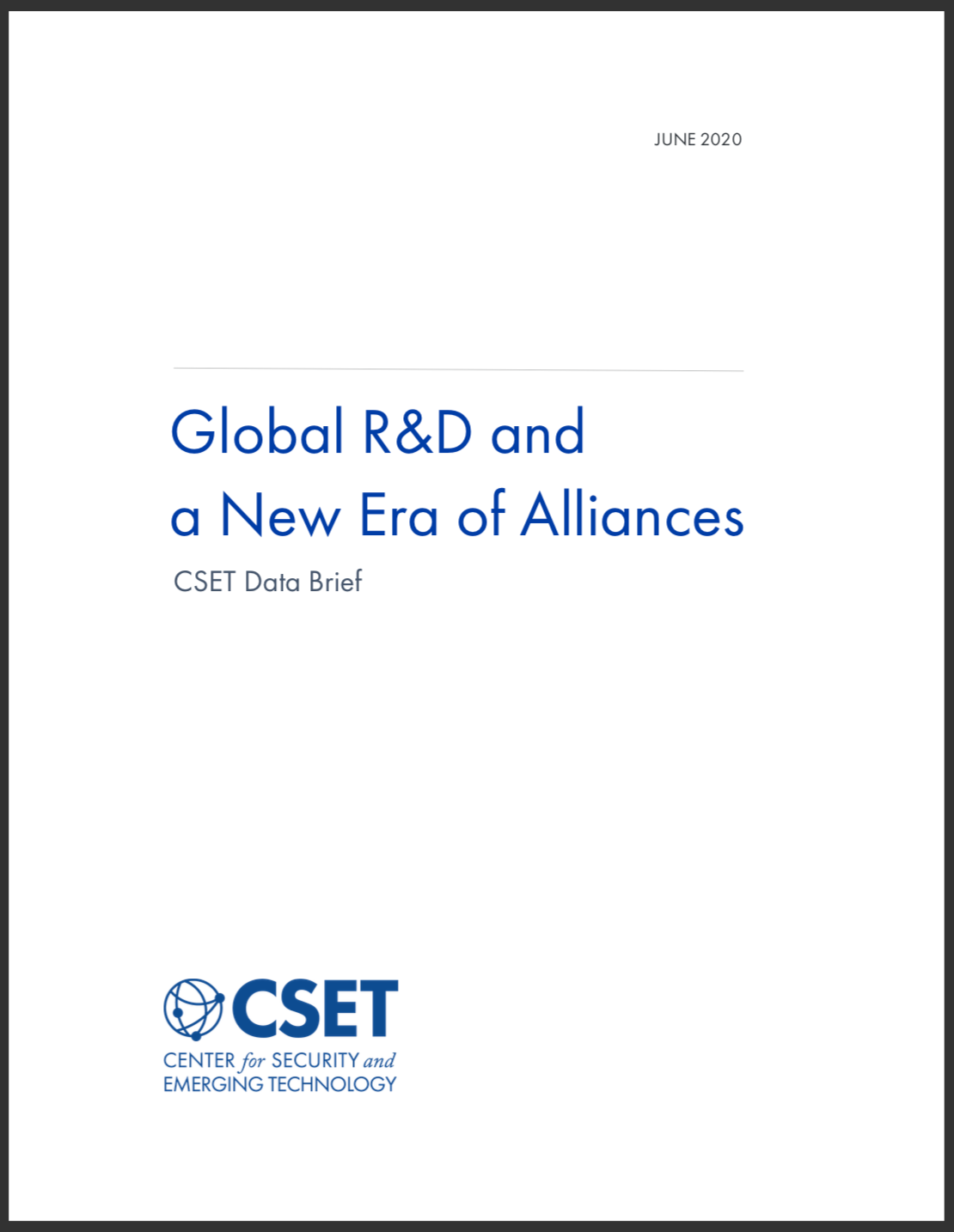 The prevailing narrative on great power competition gets only half the story right. Research and development funding and technological leadership are crucial to sustaining America’s comparative advantages, but the narrow focus on bilateral funding and growth rates between the United States and China misses an important reality: the rest of the world has doubled down on R&D. Failure to appreciate this shift encourages the view that China is winning in a bipolar competition, when in fact the United States and its allies comprise a majority of global R&D. International alliances are the clearest path to a future that not only recognizes the changing global landscape, but embraces America’s traditional role in promoting democratic values.

The United States has a unique and diverse R&D ecosystem—one that embraces creativity, stimulates an aggressive competition of ideas, and believes in a race to dream, build, and sell incredible technical and industrial innovations. Other countries have seen the power of the U.S. technical engine and invested in their own R&D. Global R&D investment has more than tripled in the last 20 years, from between $676 and $722 billion in 2000 to between $2.0 and 2.2 trillion by 2018.1 U.S. R&D investment also grew significantly, from $269 billion in 2000 to between $540 and $581 billion in 2018. While that trend continues (largely driven by sustained industrial investment), the U.S. global share of R&D has decreased over time. During the Cold War, the United States dominated global R&D; as of 2018, it accounted for less than 28 percent of the global R&D total (Fig 1).2 Despite the popular framework of a bilateral competition between the United States and China, the two countries today make up only about half of global R&D spending.3

America’s future lies in technical alliances. Taken together, the R&D spending of the United States and just six like-minded nations with a true commitment to R&D funding represents more than 50 percent of global R&D investment (Fig 2). China, on the other hand, makes up approximately 26 percent of global R&D, with other competitors like Russia contributing only two percent.5

Competing in a technologically saturated world will mean recognizing that R&D is ubiquitous. No nation will enjoy complete global technological dominance. In the United States, values of openness and respect for human dignity, as well as the military’s ability to leverage the best R&D, will survive only if we embrace alliances. As global R&D shares broaden, international alliances are the surest path for excelling in a new global landscape. Such alliances cannot be built on the foundation of the post-Cold War order; rather, our current environment demands new sets of relationships, fresh approaches to securing supply chains and accessing the best talent flows, and a willingness to harness the strengths of a team rather than operating as a lone runner in a marathon against the world.

The United States must not let its adversaries set the rules or try to compete on their terms. If we want to write the rules of competition for the next century, we must fundamentally rethink our concept of alliances and marshal the full might of our democratic systems. Now is the time to shake off the constraints of Cold War models and recognize the power of R&D as a cornerstone of the modern global landscape and domestic strength.