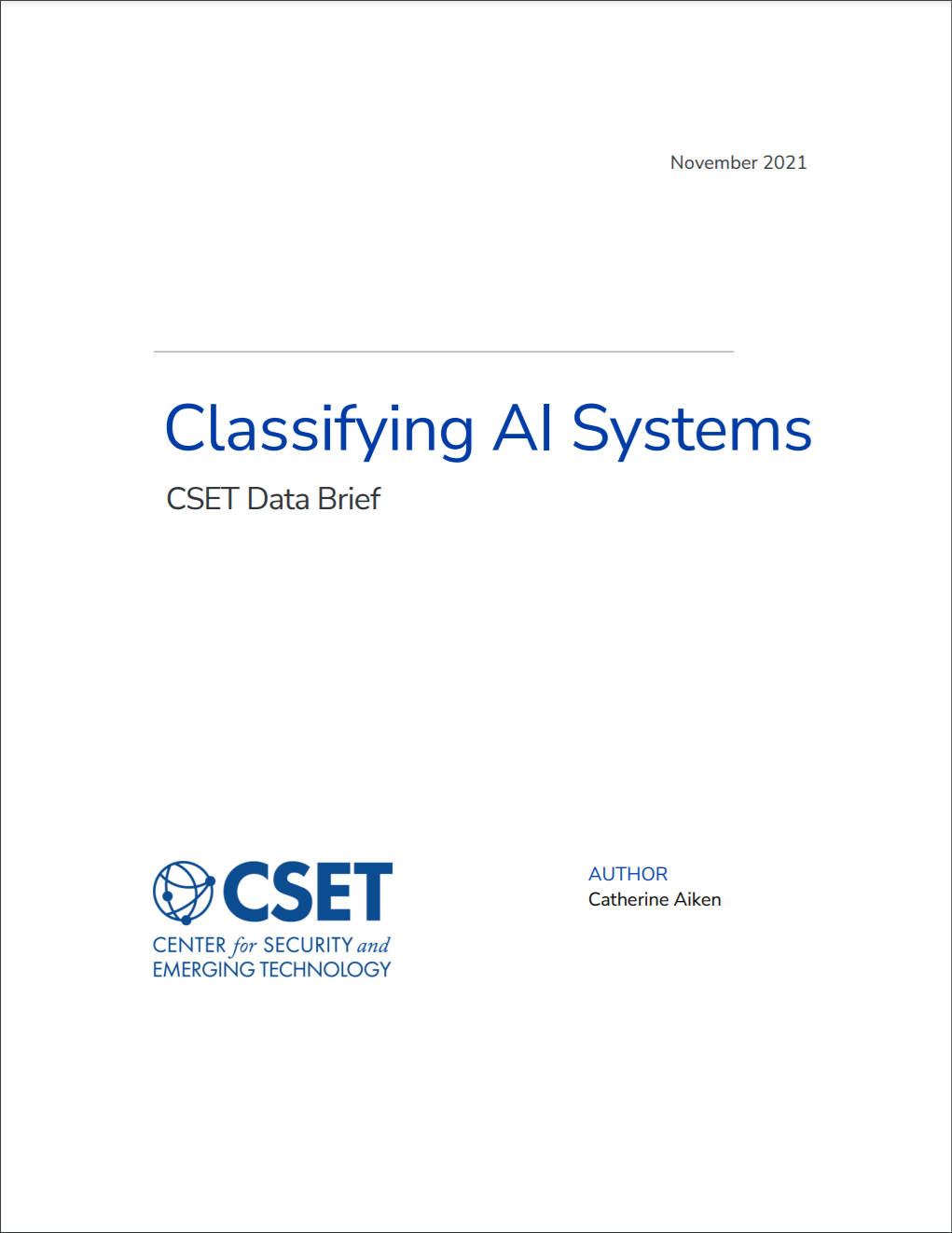 Artificial intelligence (AI) governance is a pressing policy issue. AI systems help us complete a wide range of tasks, from driving to the store or vacuuming, to diagnosing illnesses and providing disaster relief. AI systems are rapidly being adopted to assist, or independently complete, many more tasks. The result is a deserved focus on the safe development and deployment of AI systems. Governments are putting forth AI ethics principles, compiling AI inventories, and mandating AI risk assessments. But efforts to ensure AI systems are safe and effective require a standardized approach to classifying the varied types of AI systems in use.

Classifying AI systems involves identifying a set of observable system characteristics and assigning individual systems a predefined label for each characteristic. For example, for every AI system, we can observe its autonomy and assign it a predefined autonomy level that informs our understanding of what kind of system it is and how it works. Combining the identified system characteristics, a framework defines an AI system along those characteristics, referred to as framework dimensions. Using such a framework, system developers, governing bodies, and users can classify systems in a uniform way and use those classifications to inform consequential decisions about AI technologies, while effectively monitoring risk and bias and managing system inventories.

To that end, CSET partnered with the Organization for Economic Cooperation and Development (OECD) AI Policy Observatory and U.S. Department of Homeland Security (DHS) Office of Strategy, Policy, and Plans to develop several frameworks for classifying AI systems.1 Each framework was built following the same process:

To test the usability of four resulting frameworks, CSET fielded two rounds of a survey experiment where more than 360 respondents completed over 1,800 unique AI system classifications using the frameworks. We tested the ability of individuals to assign consistent and accurate classifications across frameworks to provide insight into how the public and policymakers could use the framework and what frameworks may be most effective.

Based on the survey experiment, we find: