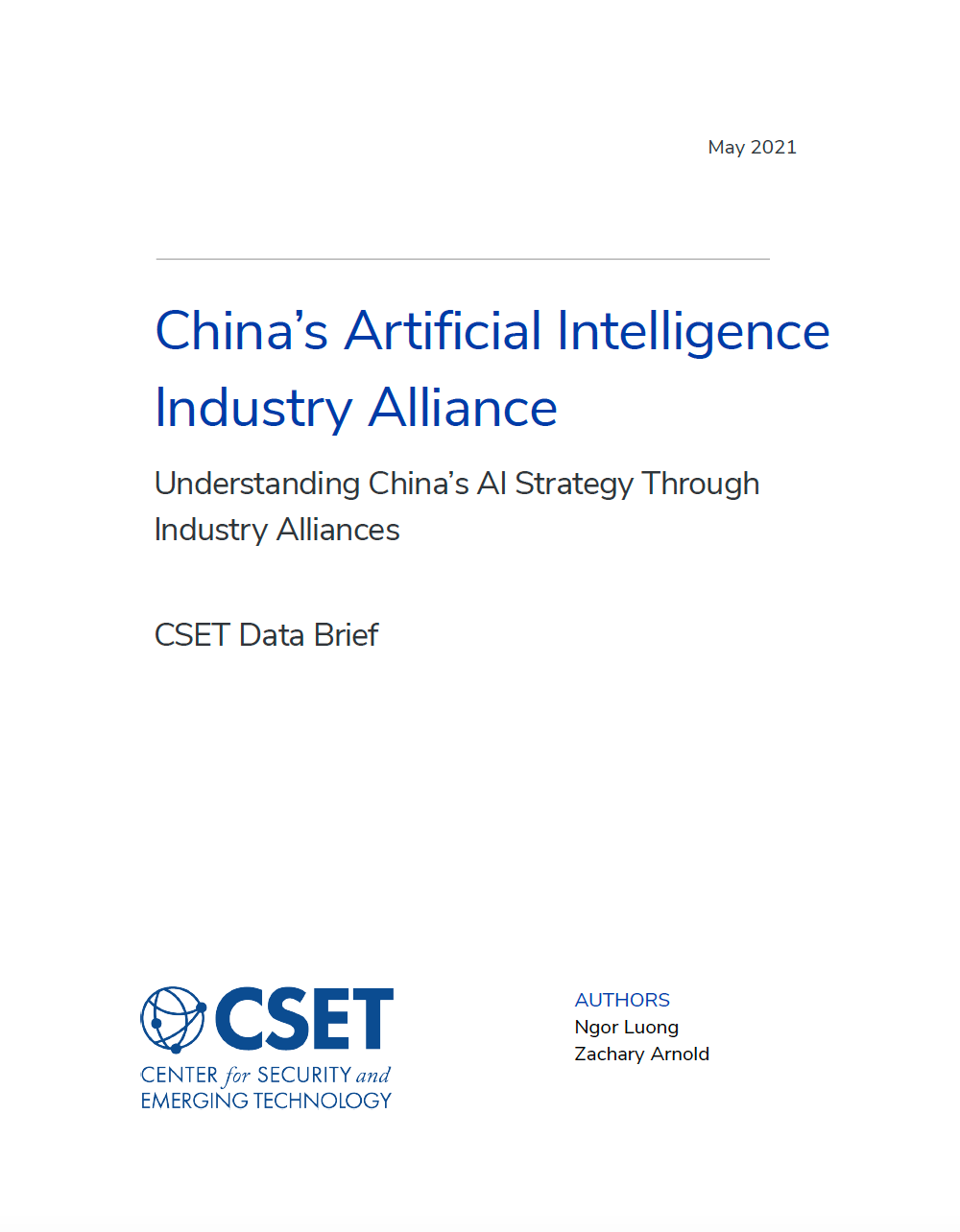 As part of its strategy to achieve global leadership in AI, the Chinese government brings together local governments, academic institutions, and companies to establish collaboration platforms. This data brief examines the role of China’s Artificial Intelligence Industry Alliance in advancing its AI strategy, and the key players in the Chinese AI industry.

This data brief provides a high-level assessment of the role of industry alliances in China’s AI strategy and closely examines one major group: the Artificial Intelligence Industry Alliance (AIIA) [中国人工智能产业发展联盟]. Through the AIIA, the Chinese government aims to foster collaboration among local governments, academic institutions, and companies. In some cases, the Chinese state uses the AIIA to “pick winners,” choosing among favored companies in the AI industry to receive government subsidies.

In addition to its role of advancing China’s industrial policy, the AIIA is notable as a diverse sample of companies active in the Chinese AI industry, ranging from well-known, publicly traded tech giants to obscure startups. This sample helps illuminate aspects of China’s AI industry and provides a fuller picture of the distribution of AI activity in China.

These conclusions draw on open-source data, collected and annotated by CSET, on the AIIA’s hundreds of members, including their websites, media coverage, and commercial databases. Further details on the dataset are provided in Appendix 1, and the full annotated dataset of AIIA members is available for download at CSET GitHub.