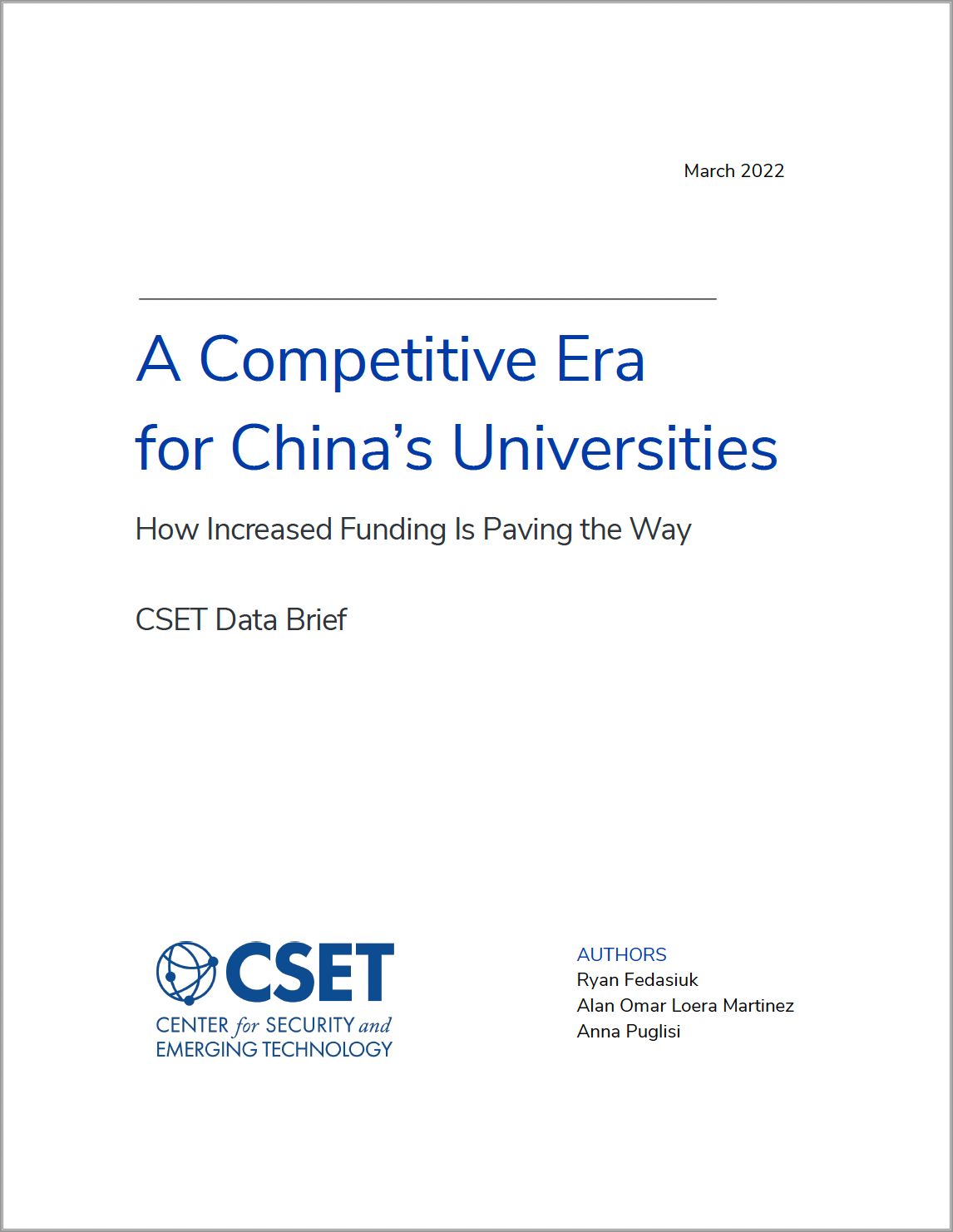 How Increased Funding Is Paving the Way

In order to achieve its ambitious science and technology (S&T) development goals, the Chinese government has privileged a select group of universities with progressively larger amounts of funding over time. While China’s focus on higher education, science, and technology is not new, the evolution of Chinese universities, from gutted and resource-starved institutions during the Cultural Revolution to centers of research and international collaboration today, is a success story of China’s policies and programs. However, in addition to providing a boon to China’s economic development, the Chinese government’s increasing support for universities presents the United States and its allies with security challenges given the integrated approach China takes to S&T development. Chinese leaders view universities as key players in military modernization, economic growth, and promoting China’s soft power, complicating efforts for the United States and its allies to design policies for research security.

This data brief illuminates the scale of Chinese government funding for higher education, science, and technology by exploring budget and expense reports for key governmental organizations and 34 of China’s most elite “Double First Class” universities. It finds that education is a core priority for the Chinese government, and that elite universities have seen specific waves of funding changes, with significant increases taking place since 2017. Key findings include:

* All figures in this report are presented in PPP-adjusted U.S. dollars. To convert from RMB, we first divided values by 6.759, to account for the dollar-yuan exchange rate in 2017, the first year of our dataset. We then multiplied by 3.699 to account for differences in government-consumption purchasing power. See “Table 2.4, consumption expenditure by government,” in “Purchasing Power Parities and the Size of World Economies: Results from the 2017 International Comparison Program” (World Bank Group, 2020), https://openknowledge.worldbank.org/handle/10986/33623.