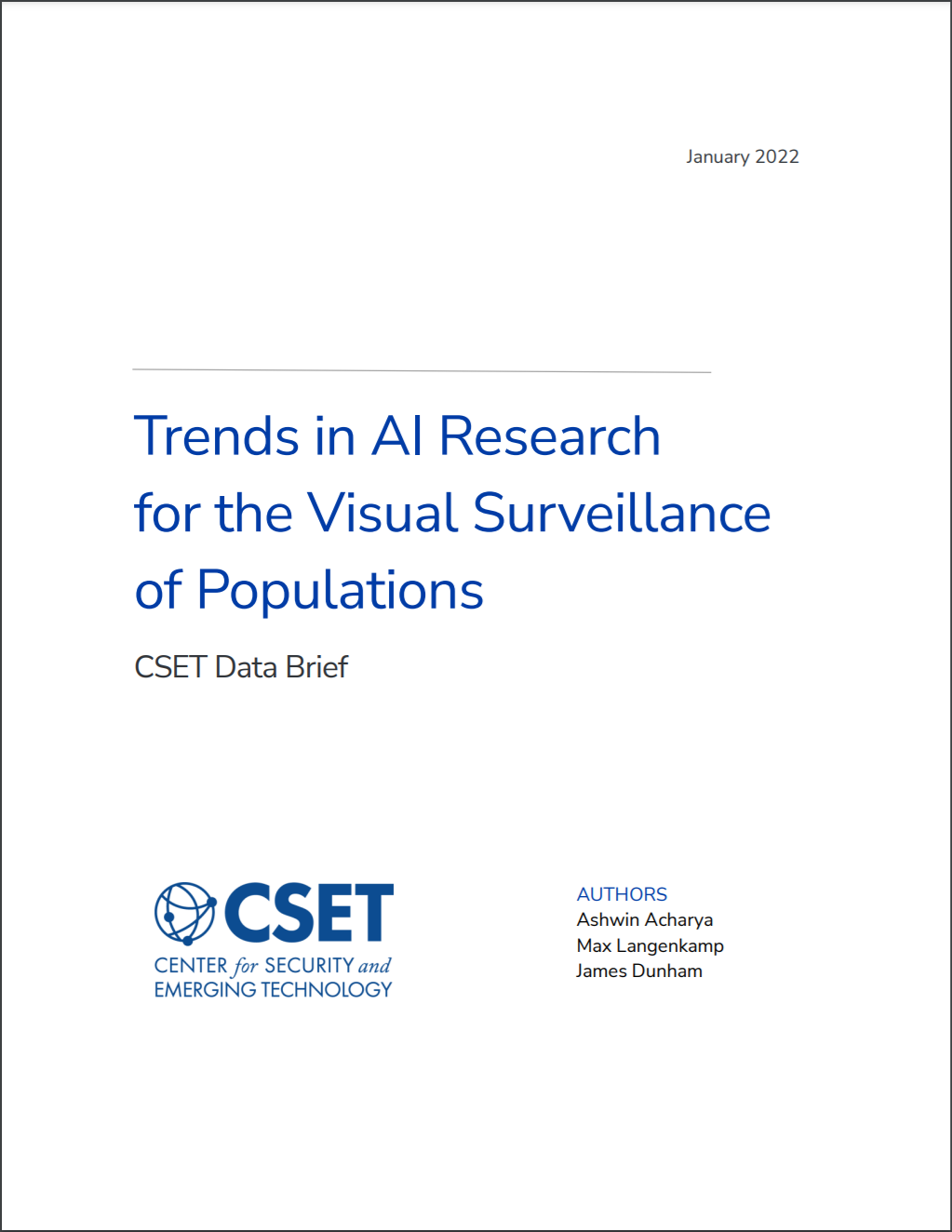 Progress in artificial intelligence has led to growing concern about the capabilities of AI-powered surveillance systems. This data brief uses bibliometric analysis to chart recent trends in visual surveillance research — what share of overall computer vision research it comprises, which countries are leading the way, and how things have varied over time.

Since 2014, computer vision models have dramatically improved their performance on benchmarks for image classification, image generation, facial recognition, and other tasks.1 As these examples show, computer vision researchers aim to solve a wide variety of problems. Yet previous bibliometric studies have examined international output of computer vision research as a whole, without distinguishing among these many research tasks. In principle, analyses of academic research can inform us about the global growth of research and the interests and incentives of each nation’s researchers. But only a small segment of computer vision research may relate to any particular area of interest. In this brief, we focus on “visual surveillance research,” the development of algorithms such as facial recognition that could be used to surveil individuals or groups.2

These algorithms are often applied for benign, commercial uses, such as tagging individuals in social media photos. But progress in computer vision could also empower some governments to use surveillance technology for repressive purposes.

Using a dataset of English-language papers published between 2015 and 2019, we applied natural language processing methods to identify the computer vision papers in this corpus and the research tasks they described.3 We found:

These conclusions derive from English-language research publications only. Further work could extend our task-extraction methodology to non-English publications, which would improve our estimates of international research output and would likely increase non-Anglophone countries’ estimated share of global surveillance research. Future projects could also augment our bibliometric approach by including more direct indicators of nations’ capabilities and interests in deploying surveillance technology, such as patent data, private research and development, camera deployment, and relevant government policies.