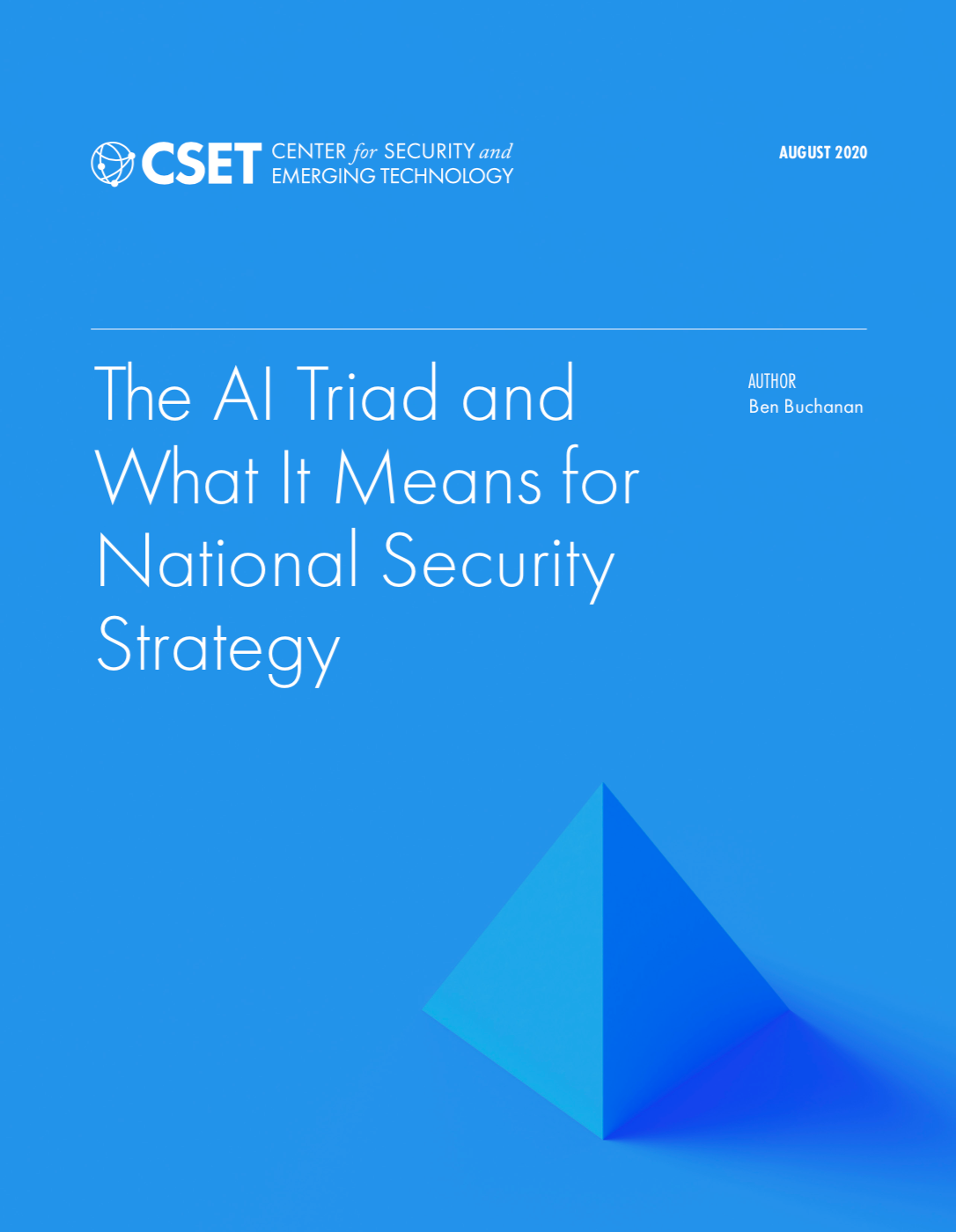 One sentence summarizes the complexities of modern artificial intelligence: Machine learning systems use computing power to execute algorithms that learn from data. This AI triad of computing power, algorithms, and data offers a framework for decision-making in national security policy.

A single sentence can summarize the complexities of modern artificial intelligence: Machine learning systems use computing power to execute algorithms that learn from data. Everything policymakers need to know about a technology that seems simultaneously trendy, powerful, and mysterious is captured in those 13 words.

AI matters. At home, it is already fundamental to everyday life, voiced by Alexa and Siri and tucked inside smartwatches and phones. In science, it contributes to major breakthroughs, from diagnosing disease to aiding drug discovery to modeling the climate. In business, it shapes the economic competitiveness of nations and alters how trillions of dollars pulse through global markets. In national security, it bolsters logistics and intelligence analysis and—with visions of lethal autonomous weapons, drone warfare, and self-guided cyberattacks—seems poised to do much more.

The breadth of the technology is why the single-sentence articulation of AI is so important, and why the concepts alluded to within it matter so much. If policymakers do not understand AI, they will be a passive audience to technological pioneers charging onward, slow to recognize what AI can do for the issues they care about. Maybe worse, policymakers who do not understand AI will fail to recognize what the technology cannot yet do, despite its hype. They will ignore AI’s current structural flaws, such as a lack of transparency and the potential for insidious bias—challenges that must be mitigated with both technical and policy solutions.

The concise definition of AI first specifies a paradigm for modern AI: machine learning. Machine learning stands in direct contrast to the previous era’s dominant paradigm, expert systems, which focused on formally encoding human knowledge in a way a computer could process. For example, IBM’s computer program DeepBlue drew heavily on inputs provided in advance by chess grandmasters to beat world chess champion Garry Kasparov in 1997. In machine learning, AI developers reject direct instructions in favor of a system that can learn on its own. This paper focuses on the dominant paradigm of machine learning known as deep learning, explained in more detail in the next section.

Three components make deep learning happen: data, algorithms, and computing power. Together, I call these components the AI triad. Computer scientists have long used this tripartite division to study machine learning, and I argue that it offers a framework for understanding the power of machine learning and what it means for policy.

The elements of the AI triad work in combination to achieve stunning results. For example, OpenAI, a leading AI research lab, trained a text generation system, known as GPT-3, to write whole paragraphs in response to a given prompt and to perform other linguistic tasks. The engineers assembled almost a trillion words, which they filtered down to around 540GB of human writing. They then devised a clever algorithm with around 175 billion learned parameters that could predict which word would come next in a sentence based on patterns in the collected data; in essence, the algorithm learned to imitate the writing it saw. The engineers set GPT-3 loose on high-performance computers for days, performing quadrillions of calculations as it refined its own capacity for mimicking human language.

GPT-3’s combination of data, algorithms, and computing power produced a breakthrough. The system wrote some text that 88 percent of readers thought was convincingly human. Perhaps most impressive was GPT-3’s ability to mimic its prompt, from continuing a news report to writing the next stanza of a poem in the style of a particular poet.1

Ben Buchanan, "The AI Triad and What It Means for National Security Strategy" (Center for Security and Emerging Technology, August 2020), https://cset.georgetown.edu/research/the-ai-triad-and-what-it-means-for-national-security-strategy/. https://doi.org/10.51593/20200021