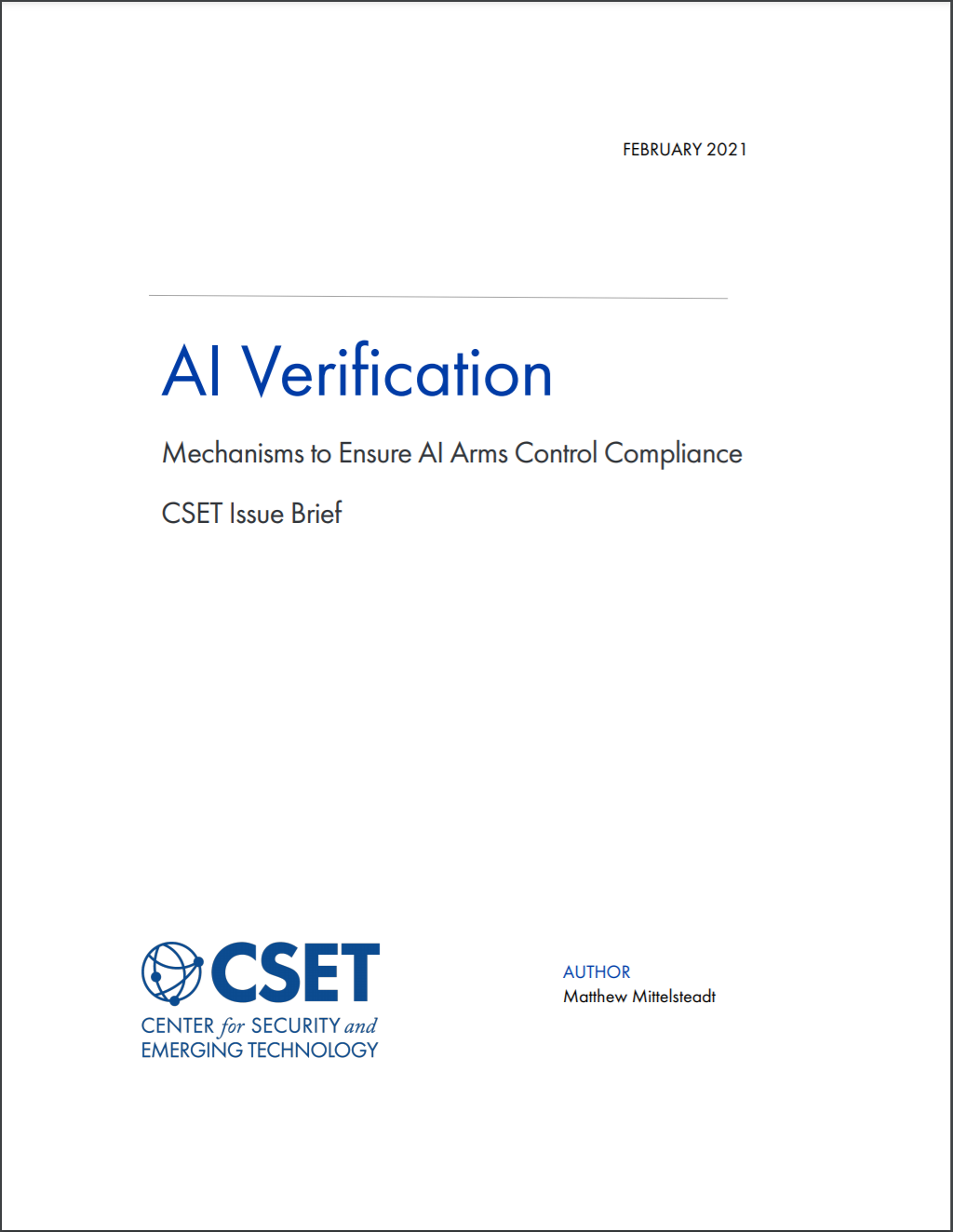 The rapid integration of artificial intelligence into military systems raises critical questions of ethics, design and safety. While many states and organizations have called for some form of “AI arms control,” few have discussed the technical details of verifying countries’ compliance with these regulations. This brief offers a starting point, defining the goals of “AI verification” and proposing several mechanisms to support arms inspections and continuous verification.

The international system is at an artificial intelligence fulcrum point. Compared to humans, AI is often faster, fearless, and efficient. National security agencies and militaries have been quick to explore the adoption of AI as a new tool to improve their security and effectiveness. AI, however, is imperfect. If given control of critical national security systems such as lethal autonomous weapons, buggy, poorly tested, or unethically designed AI could cause great harm and undermine bedrock global norms such as the law of war. To balance the potential harms and benefits of AI, international AI arms control regulations may be necessary.

Proposed regulatory paths forward, however, are diverse. Potential solutions include calls for AI design standards to ensure system safety, bans on more ethically questionable AI applications, such as lethal autonomous weapon systems, and limitations on the types of decisions AI can make, such as the decision to use force. Regardless of the chosen regulatory scheme, however, there is a need to verify an actor’s compliance with regulation. AI verification gives teeth to AI regulation.

This report defines “AI Verification” as the process of determining whether countries’ AI and AI systems comply with treaty obligations. “AI Verification Mechanisms” are tools that ensure regulatory compliance by discouraging or detecting the illicit use of AI by a system or illicit AI control over a system.

System Inspection Mechanisms: Mechanisms to verify, through third party inspection, whether any AI exists in a given system and whether that AI could control regulated functions:

Sustained Verification Mechanisms: These are tools that can be used to verify a system remains compliant after an initial inspection:

This report introduces and explains why these mechanisms have potential to support an AI verification regime. However, further research is needed to fully assess their technical viability and whether they can be implemented in an operationally practical manner.