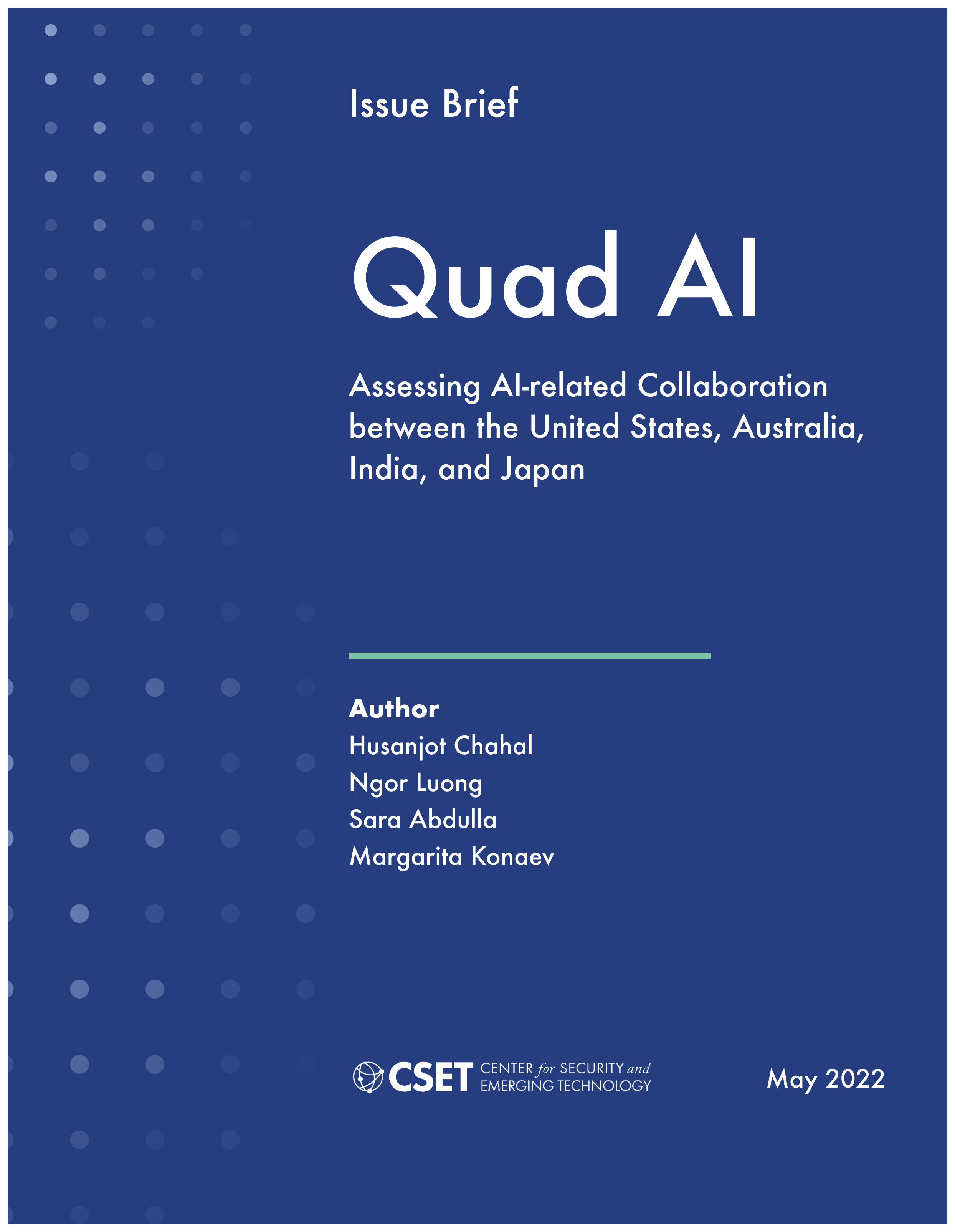 The Quadrilateral Security Dialogue, commonly known as the Quad, is a semi-formal but strategically significant grouping of four countries—the United States, Australia, India, and Japan. Cooperation on critical and emerging technologies is a key element of the Quad’s agenda, and all four nations have a particular interest in strengthening cooperation on responsible development of artificial intelligence (AI).1 Their desire to collaborate stems not only from recognizing AI’s transformative economic, societal, and national security potential, but also the importance of ensuring that technological innovation is shaped by their shared democratic values and respect for human rights.2 The Quad could offer an alternative to China’s techno-authoritarian model of technology development and use, setting the standard for a multilateral approach to countering the malicious use of AI for surveillance, censorship, and misinformation.3 The group, however, faces non-negligible barriers to effective technology cooperation, including different approaches to data governance, varying economic and technological capabilities, and divergent geopolitical priorities.

This report assesses the state of AI collaboration among the Quad members, focusing specifically on trends in joint AI-related research publications and investment flows into AI companies over the past decade. It also evaluates the AI-related research and investment ties between each of the Quad countries and China during this period. Our main findings are as follows:

The Quad offers a forum to build trust, identify opportunities for joint research ventures, and gather AI entrepreneurs, investors, and strategic industry partners to increase and diversify technology collaboration. But the prospects for its success depend largely on building stronger ties among U.S. allies beyond their bilateral linkages to the United States. Patterns of AI-related research collaboration and investment across the Quad highlight that the group’s three Indo-Pacific members are less closely intertwined with one another than they are with the United States. Moreover, each of the Quad states has varying but fruitful AI research and investment relationships with China. To capitalize on the Quad’s potential, fuel innovation, and decrease dependency on Chinese technology and markets, the group needs to strengthen and expand AI research collaboration and investment among Australia, India, and Japan.